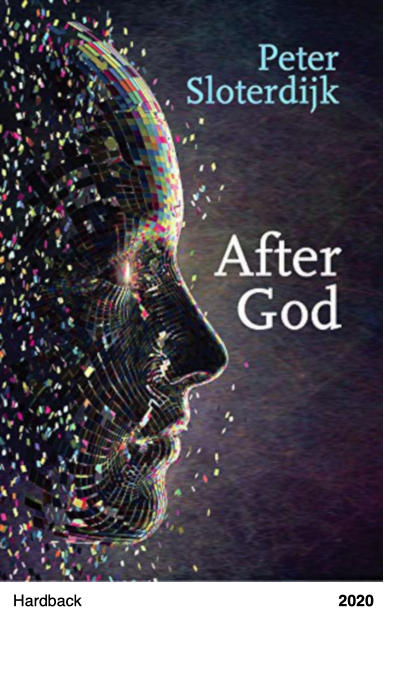 In his Critique of Cynical Reason, Peter Sloterdijk pursued an enlightenment of the Enlightenment in both its beginnings and the present. After God is dedicated to the theological enlightenment of theology. It ranges from the period when gods reigned, through the rule of the world-creator god to reveries about the godlike power of artificial intelligence. The path of this self-enlightening theology, which is carried out here by a non-theologian, must begin well before Nietzsche’s declaration of the death of God, and it must move beyond this dictum to explore the present and the future.
Since the early 20th century we have seen how the metaphysical twilight of the gods, which has preoccupied philosophers and theologians, has been accompanied by an earthly twilight of the souls. The emergence of psychoanalysis, and more recently the development of the neuro-cognitive sciences, have secularized the old Indo-European concept of the soul and transferred many accomplishments of the human mind to computerized machines. What remains of the eternal light of the soul after the artificial lights have been turned on? Have the inventors of AI thrust themselves into the position vacated by the death of god? Perhaps the distinction between God and idols will soon re-emerge here for the citizens of modernity, only this time in a technological and political register. For them, theological enlightenment – which is completely different from an instinctive rejection of religion – will be a fateful task.

This new work by one of the most original thinkers today will appeal to students and scholars across the humanities and social sciences, as well as anyone interested in religion, philosophy and critical theory today.