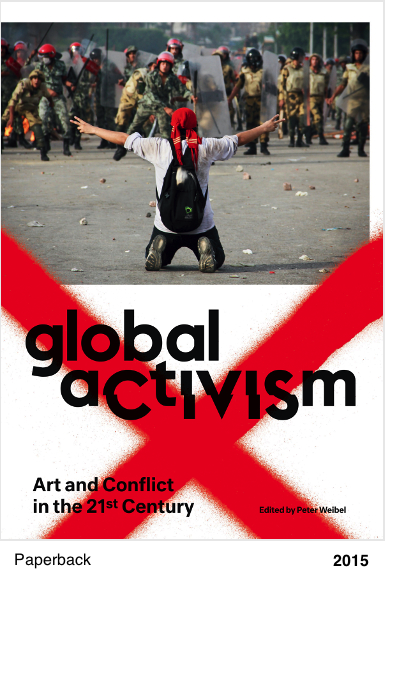 Today political protest often takes the form of spontaneous, noninstitutional, mass action. Mass protests during the Arab Spring showed that established systems of power—in that case, the reciprocal support among Arab dictators and Western democracies—can be interrupted, at least for a short moment in history. These new activist movements often use online media to spread their message. Mass demonstrations from Tahrir Square in Cairo to Taksim Square in Istanbul show the power of networked communication to fuel “performative democracy”—at the center of which stands the global citizen. Art is emerging as a public space in which the individual can claim the promises of constitutional and state democracy. Activism may be the first new art form of the twenty-first century.

global aCtIVISm (the capitalized letters form the Latin word civis, emphasizing the power of citizens) describes and documents politically inspired art—global art practices that draw attention to grievances and demand the transformation of existing conditions through actions, demonstrations, and performances in public space. Essays by leading thinkers—including Noam Chomsky, Antonio Negri, Peter Sloterdijk, and Slavoj Žižek—consider the emerging role of the citizen in the new performative democracy. The essays are followed by images of art objects, illustrations, documents, and other material (first shown in an exhibition at ZKM Center for Art and Media, Karlsruhe) as well as case studies by artists and activists.