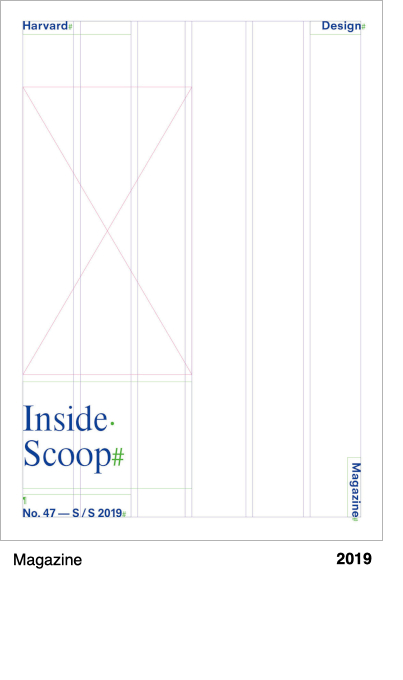 The 47th issue of Harvard Design Magazine is a renewed call to expand the architectural imagination to the interior. We go inside to consider the interior’s equipment and furnishings; its textures, colors, and atmospheres; its relationships with the body and the senses; and its potential to organize and influence human behavior, health, and everyday life.

“What about the inside?” asked Mohsen Mostafavi in 2008, when he began his deanship at the Harvard GSD. In the midst of a global financial crisis, the first iPhone release, and intensifying Obama campaign chants of “Yes We Can,” a disoriented generation of students and practitioners were reassessing their discipline. No longer tasked with generating monumental megaprojects, architects had to find other, more modest ways to make an impact. It was an apt moment to look inward—to reassess, and even redefine, the boundaries of the design disciplines.

Mohsen’s question prompted this magazine’s 29th issue, developed around the idea that the interior had been neglected, even trivialized, in practice and discourse. It was a call for experimental collaboration among the design disciplines, and for a reintegration of the realms in which they operate. A decade later, as Mohsen’s deanship comes to a close, we’ve gone inside once again by way of the rich history of the magazine itself.

Highlighting and reflecting on Harvard Design Magazine’s archive, and presenting innovative approaches to interior spaces past and present, “Inside Scoop” opens up the magazine as an interior itself, one housing vital objects of thought.

Spheres Theory: Talking to Myself about the Poetics of Space
Peter Sloterdijk
Originally published in Issue No. 30 (2009)