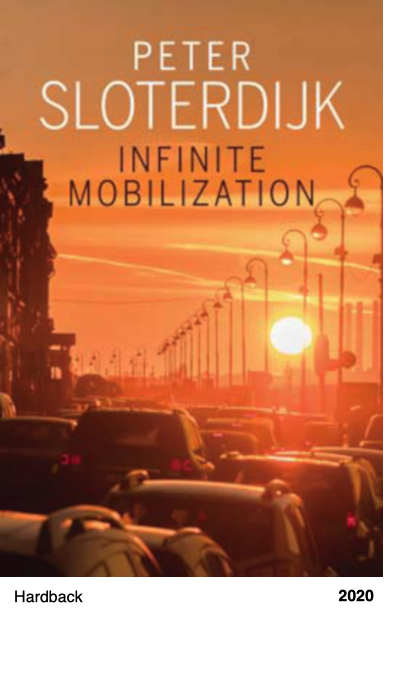 The core of what we refer to as ‘the project of modernity’ is the idea that human beings have the power to bring the world under their control, and hence it is based on a ‘kinetic utopia’: the movement of the world as a whole reflects the implementation of our plans for it.But as soon as the kinetic utopia of modernity is exposed, its seemingly stable foundation cracks open and new problems appear: things don’t happen according to plan because as we actualize our plans, we set in motion other things that we didn’t want as unintended side-effects. We watch with mounting unease as the self-perpetuating side-effects of modern progress overshadow our plans, as a foreign movement breaks off from the very core of the modern project supposedly guided by reason and slips away from us, spinning out of control. What looked like a steady march towards freedom turns out to be a slide into an uncontrollable and catastrophic syndrome of perpetual mobilization. And precisely because so much comes about through our actions, these developments turn out to have explosive consequences for our self-understanding, as we begin to realize that, so far from bringing the world under our control, we are instead the agents of our own destruction.In this brilliant and insightful book Sloterdijk lays out the elements of a new critical theory of modernity understood as a critique of political kinetics, shifting the focus of critical theory from production to mobilization and shedding new light on a world facing the growing risk of humanly induced catastrophe.