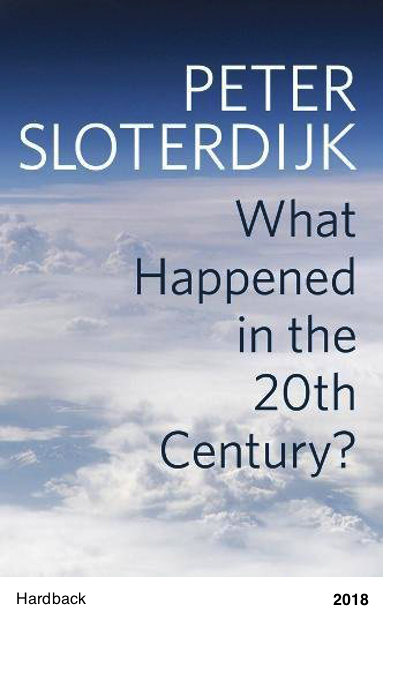 Towards a Critique of Extremist Reason

When we look back from the vantage point of the 21st century and ask ourselves what the previous century was all about, what do we see? Our first inclination is to focus on historical events: the 20th century was the age of two devastating world wars, of totalitarian regimes and terrible atrocities like the Holocaust – ‚the age of extremes‘, to use Hobsbawm’s famous phrase. But in this new book, the philosopher Peter Sloterdijk argues that we will never understand the 20th century if we focus on events and ideologies. Rather, in his view, the predominant motif of the 20th century is what Badiou called a passion for the real, which manifests itself as the will to actualize the truth directly in the here and now.

Drawing on his Spheres trilogy, Sloterdijk interprets the actualization of the real in the 20th century as a passion for economic and technological ‚antigravitation‘. The rise of consumerism and the easing of the burdens of human life by the constant deployment of new technologies have killed off the kind of radicalism that was rooted in the belief that power would rise from a material base of production. If the 20th century can still inspire us today, it is because the fundamental shift that it brought about opened the way for a critique of extremist reason, a post-Marxist theory of enrichment and a general economy of energy resources based on excess and dissipation.

While developing his highly original interpretation of the 20th century, Sloterdijk also addresses a series of related topics including the meaning of the Anthropocene, the domestication of humans and the significance of the sea. The volume also includes major new pieces on Derrida and on Heidegger’s politics. This work by one of the most original thinkers today will appeal to students and scholars across the humanities and social sciences, as well as anyone interested in philosophy and critical theory today.